The game world began with 2D. For a long time, people played games in two-dimensional games and, we must say, we’re absolutely satisfied. Starting in the 90s, 3D games began to rapidly gain popularity. It would seem that this was a new word in the entertainment industry and it would definitely completely overshadow the old 2D options. But it was not there. 2D is still popular, and even those developers who specialize mainly in 3D animation services are not going to abandon it.

What is the power of 2D? Does it even make sense to talk about some kind of confrontation or is it invented by adherents of one of the directions? What are the advantages of 2D and 3D? We’ll talk about all of this right now.

Flat and Volumetric: When Measurement Matters

We know that 2D games are flat. They can be compared to a drawing on paper or a painting. If you turn them over, then we will not see anything on the back. The drawing exists only from the side from which we see it, and has measurements of length and width.

Also Read:  Mass Effect Andromeda: List of Weapons That Could Come In

We also know that 3D games are voluminous. It’s like a sculpture in real life. We can go around it from all sides and examine in all details from the side, from above, and even from below. All thanks to the appearance of the third measurement of depth, which makes the object as three-dimensional as our world around.

It is logical to assume that in a 2D game you don’t have too many options to move. You can move in different directions depending on which camera angle you choose, but ultimately the movement is linear. In platformers, for example, the character can only move forward or backward. In RPGs like Heroes of Might and Magic, there are many more options for moving. But even if the hero can be brought closer or further away, it does not add depth to the image.

3D games give complete freedom of the camera around the characters. You can look at them from any side. Motion restrictions can only exist if the developer has created this restriction at some point in an artificial way. In general, the player can move around and view the world around him or her completely freely. This gives a much stronger sense of immersion and stimulates you to explore the world more actively.

Also Read:  Overwatch: A Good Game to Play on Your PC

It is often said that 2D games focus on the story, economics and combat systems, and the mental effort required of the player. Sometimes they are accused of excessive primitivism of art, which is supposedly unacceptable in our time.

And 3D games are captivating primarily due to their graphics. By the way, very often, their plot suffers or turns out to be incomplete. Too much attention is paid to graphics, and many developers think that this is enough.

Creation of 2D and 3D Games

Creating a 2D game is much faster and easier than 3D. Modern technology has relieved artists of the need to make drawings by hand. It’s also made much easier with animations. And although all this, of course, will take a certain amount of time, it does not compare with the time it takes to create a 3D game.

In fact, a 3D project is a virtual version of the real world, where it is necessary to take into account every element of the physics of the level. The slightest mistake or defect can lead to the fact that the character will get stuck in textures or fall through the ground.

2D graphics are flat drawings that represent the only side of a character or environment that is visible to the player. Here, too, you can create an attractive world with wonderful backgrounds, shadows, reflections, and sprites. But it doesn’t compare to 3D.

Also Read:  What Items Can Drop in CS: GO?

Working with 3D is multi-stage and complex. Modelers create 3D models. They go to the animators, who must animate each of them separately. Level designers need to think through and provide balanced lighting, textures, and level animation. 3D animation studios always have a large staff of specialists in different directions who work together to create harmonious levels.

What Can Be Said as a Result

We think you have already understood that there is no opposition. Both directions are popular with their audience. Nothing indicates that 2D will soon disappear into oblivion, no matter what they say. Take the fact that mobile games devoid of 2D options will lose almost all of their players. After all, the lion’s share of the most popular mobile games is made in 2D.

Nice and smooth animation is very important for a good game. Therefore, when planning your next project, pay attention to the 2D and 3D animation company Kevuru Games. Qualified animators work here to make the visuals of your game incredibly attractive. And experienced programmers will provide the corresponding high-quality technical side. 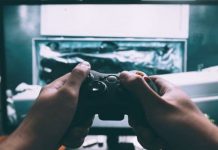 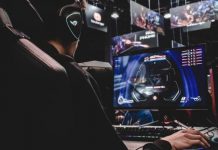 Smart Game Booster: Get the Most Out of Your Games

Smart Game Booster: Get the Most Out of Your Games

How to Play the Grand Theft Auto 5 (Story Mode)

How To Play NDS Games On PC

Best Word Games for Android in 2019

ABOUT US
A blog which is all about Technology, Blogging, SEO, Designing and much more
Contact us: [email protected]
FOLLOW US
© TricksLadder - 2019